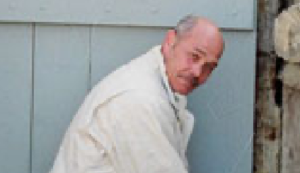 “Without exception, the entire team at NGOC’s Carrollton Cancer Center has treated me with the utmost respect, courtesy and compassion thereby making this journey a whole lot easier to complete,” said Joseph.  “And Dr. Pierce reminds me of my favorite 100-year-old Grand Marnier,” Joseph said.   “That’s special.  Almost as special as the day when I finally hit it big.”

Despite his prognosis with Hodgkin’s lymphoma, Carrollton resident Joseph Cummins remains unshaken.   “If I get another year or two, that’s great,” he said.  “As far as I’m concerned, I’ve been blessed.”   Even with a recent CT scan showing the tumors contracting, his survival odds are unclear.

“I’ve done everything a man could want to do on an exciting 30-year quest prospecting for precious metals,” said Joseph, who moved from Texas to Carrollton in 2006.  “Every time I dig a hole, grind a rock and analyze what’s in the rock, it’s with the hope I uncover a ‘glory hole.’  Since I’ve lived with that hope for so many years, I knew I could face cancer and not give up.”

During the summer of 2009, Joseph was in New Mexico doing some annual mining claim assessment work and knew something was not quite right with his health.  Unable to identify the problem on his own, he came home in October weighing less and experiencing chronic fatigue he describes as “dragging a ball and chain around all day.”   The morning after Thanksgiving, Joseph awoke with a couple of golf-ball-sized lumps on the right side of his neck.   Joseph’s concern was dismissed until January when his neck became grotesquely malformed.   It took a few more weeks before Joseph visited the ear, nose, and throat doctor who, along with Dr. Randall Pierce of Northwest Georgia Oncology Centers’ Carrollton Cancer Center, arranged for a surgical diagnosis at Tanner Hospital.

“Once I got the news I had cancer, Dr. Pierce took over my cancer care administering pain medication and chemotherapy to help shrink the tumors,” said Joseph.   “Chemotherapy wasn’t a pleasant trip, but fortunately I didn’t quit.”

How could he quit when listening to Joseph’s life story is a lesson in persistence and endurance?  “I’ve walked on mule paths at high elevations, maneuvered through exploration tunnels, excavated dirt roads, and hoisted drilling equipment, dynamite, and muck, and handled the disappointment of coming up empty time and time again,” he said.   “I could handle this.”

Joseph is content with any outcome.  He rests in the assurance of receiving far better cancer care than several of his friends treated at other cancer centers and in the blessing of receiving far more days than originally thought.   Despite cancer’s perceived death sentence, Joseph firmly believes that with the “top drawer support and attentiveness” of a cancer doctor like Dr. Pierce, better tomorrows can be reality.

After three years since embarking on this adventure, Joseph’s overall physical health continues to improve.  “Without exception, the entire team at NGOC’s Carrollton Cancer Center has treated me with the utmost respect, courtesy, and compassion thereby making this journey a whole lot easier to complete,” said Joseph.  “And Dr. Pierce reminds me of my favorite 100-year-old Grand Marnier,” Joseph said.   “That’s special.  Almost as special as the day when I finally hit it big.”