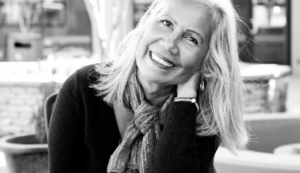 In 2004, breast cancer became a chapter in her life’s story. Viviana was diagnosed with HER-2 positive breast cancer and, ever resourceful, enlisted a friend in the medical field to “find the best oncologist that you know of so I can start this journey”at Northwest Georgia Oncology Centers.

The renaissance was the period of cultural rebirth in European history between the 14th and 17th centuries marked by a new-found interest in science, ancient art and literature. When you speak with Viviana you feel like it’s extended into the 21st century.

The associate professor of Spanish at Reinhardt University is a case study in the richness of cultured life and the broadened heart and mind that comes through travel. Born in Cuba and schooled in Panama, Viviana’s family connections helped her land in Georgia to attend Berry College in Rome. Since her studies in Spanish and French education at college, Viviana has extended her natural giftedness in languages to others.

In 2004, breast cancer became a chapter in her life’s story. Viviana was diagnosed with HER-2 positive breast cancer and, ever resourceful, enlisted a friend in the medical field to “find the best oncologist that you know of so I can start this journey”at Northwest Georgia Oncology Centers.

Viviana responded well to treatment and was in remission for close to 10 years until experiencing numbness and pain in her shoulders and arms while running. It was called cervical disease at first, then neuropathy, until a doctor did a physical exam of her neck. Her lymph nodes were swollen.

“With my history of breast cancer, my heart sank,” Viviana said. “Evidently, the cancerous tumors found in my lymph nodes around my clavicle were pressing on a nerve causing the numbness and pain.”

Since the risk of surgically removing the tumors was too great, Viviana consented to participating in a clinical trial testing a new treatment. The investigational drug’s job was to shrink the tumors and maintain and control the cancer. As Viviana embarked on the trial in March 2014, she would now be a case study for a drug, that if found effective, would prolong countless lives.

“It was just a pill. Two pills every day was key to help mark the cancer into something less aggressive,” said Viviana.

Taking the maintenance cancer drug for the rest of her life isn’t Viviana’s biggest struggle. She is legally blind. Over the course of several years, a degenerative eye disease called retinitis pigmentosa has stolen her independence and ability to drive. The inherited disease causes a gradual decline in vision because photoreceptor cells (the eyes’ rods and cones) die. Her fiancé, Vic, a retired officer in the Cherokee County Sheriff’s Office, takes her to work at Reinhardt and a neighborhood friend picks her up.

“My biggest respite from losing my independence is my bi-annual study abroad trip to Spain with my students,” said Viviana. “I can walk everywhere which gives me back a sense of the independence I’ve lost. It rejuvenates me.”

After the first three months on the clinical trial, Viviana needed scans to see if the drugs had reduced her tumors’ size. A trip to Spain was planned on top of the scheduled scans.

“My oncologist knew I didn’t want to miss my Spain trip, so he said the blood work could wait until I got back,” said Viviana. “He encouraged me to go. It’s one of my biggest joys to watch my students come back changed. Fortunately, after three months of treatment, I was told the tumors were gone and so was the numbness and horrible pain.”

Viviana’s cancer is in total remission, but there’s no hope for regaining her sight. Her spirituality guides her through the frustration and has birthed a deeply rooted empathy that’s allowed her to truly connect with others.

With her dog, Abby, by her side, Viviana runs beyond the boundaries of her poor sight toward her next uplifting experience while fully living in the present. She knows every day is an opportunity to discover something new.